The Executive Briefing Center was once Hotel Del Monte's luxurious guest lounge and anteroom, centrally located between the lobby and dining room. 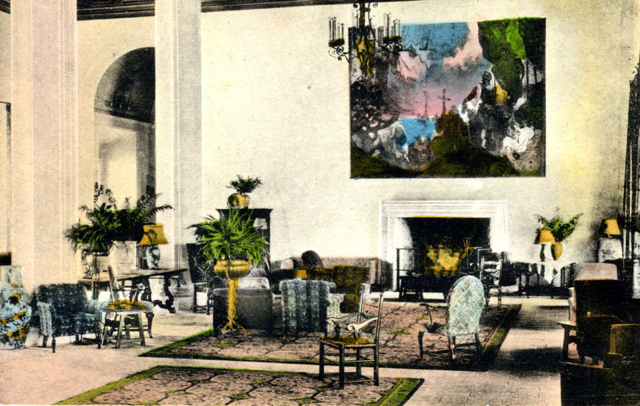 The lounge was cheerful and bright, with ambient light from large, over-sized windows on both the east and west sides of the anteroom and original art by Daniel Sayre Groesbeck. Hollywood producer Cecil B. DeMille, a frequent hotel guest, often hired Groesbeck to paint backdrops for his feature films. 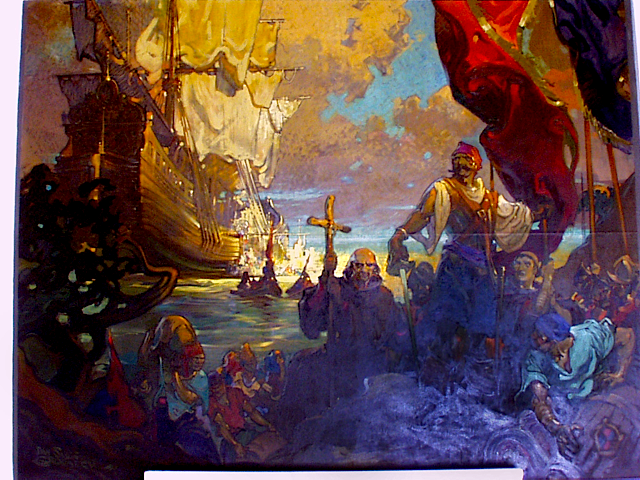 (Above) The Landing of the Cross   (Below) The Building of the Mission. Both paintings are by Daniel Sayre Groesbeck. 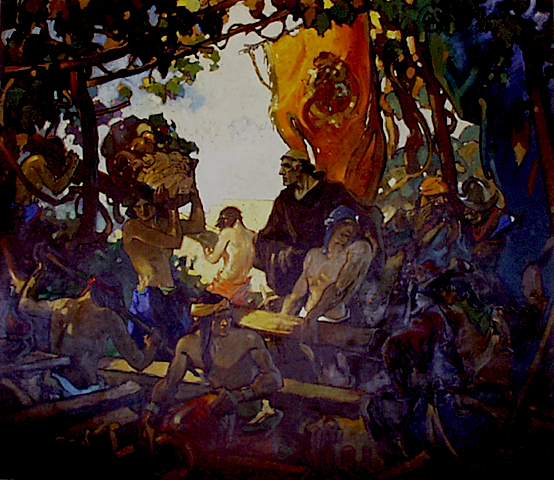 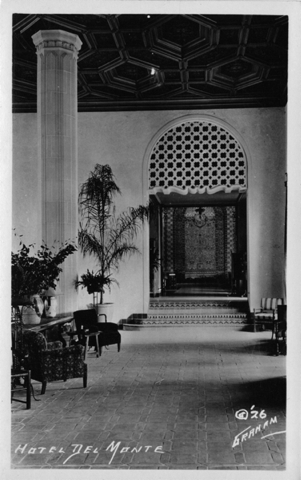 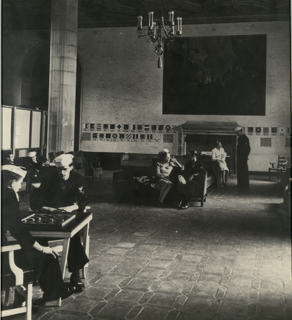 Wartime sailors used the lounge as both a gathering place and game room. It was converted into the Naval Postgraduate School chapel in early 1952.

It served as a chapel from 1952 until 2012 and was the setting for many NPS weddings. This is the 1956 wedding for Physics Professor Gil Kinney's daughter, Abbott.