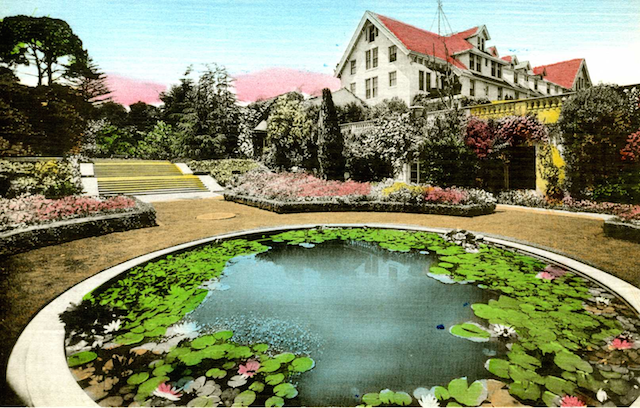 The sunken gardens on the east and west sides of Herrmann Hall are an artifact of the 1924 fire. In order to save the wings, an Army ordnance team used dynamite to blow up the main building. The gardens are the remaining crater from that blast. 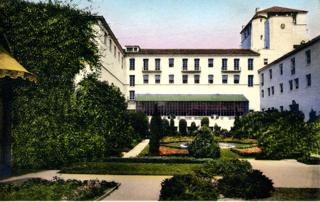 At times during the hotel history, portions of the western terrace above the garden were fully enclosed, as shown in this 1926 colorized postcard above, and partially covered by an awning, as shown in the latter postcard below. 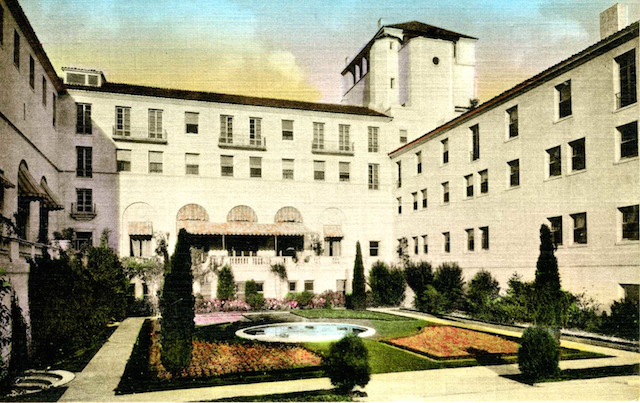 As the nation entered World War II, and before the Navy arrived at Del Monte, company president Sam Morse sent the postcard below to a frequent hotel patron, trying his best to keep hotel guests coming to Del Monte. The images below show the card and correspondence. 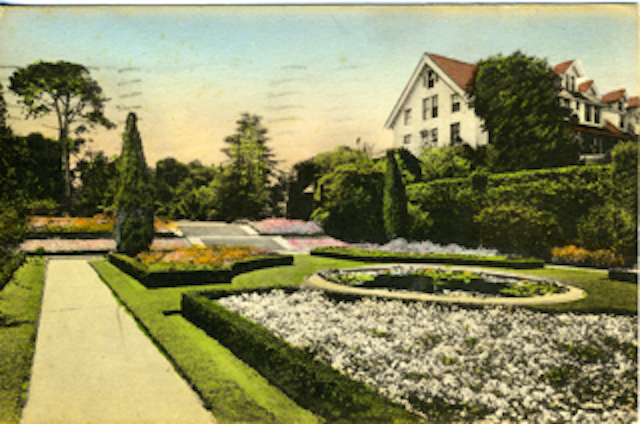 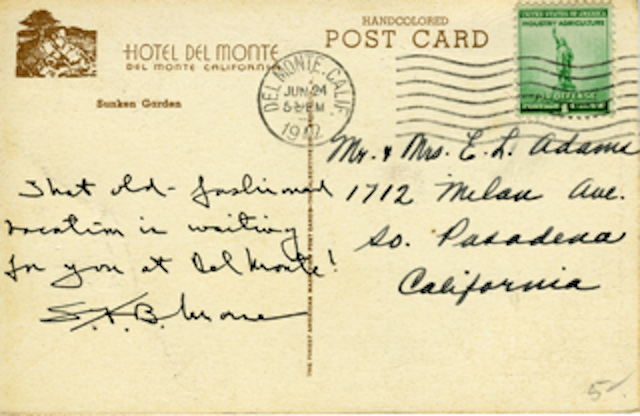