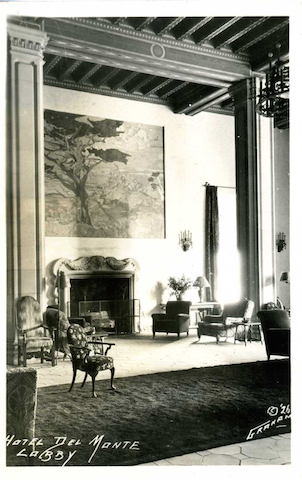 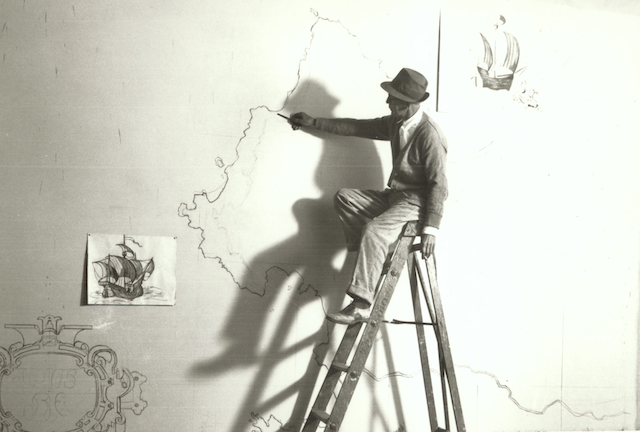 World renowned painter Francis McComas as he worked on the carte for the new Del Monte. The detail image below highlights a long-standing hotel myth about McComas and a tangle with Pacific Grove police. Why did the great artist place "Moss Beach" on the map instead of Pacific Grove? 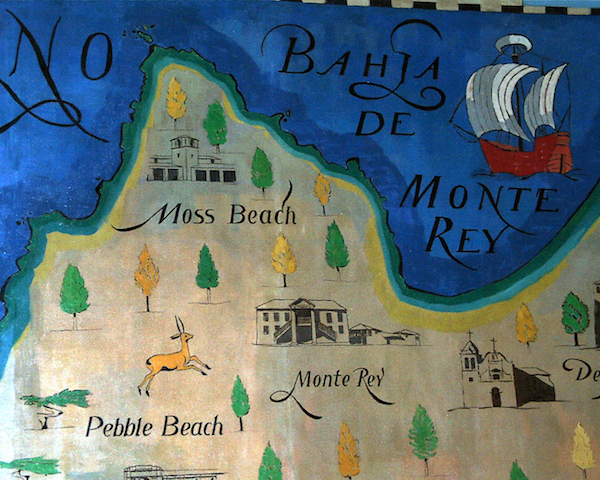 The lobby and guest registration desk were renamed by the Navy during World War II. The Quarterdeck name has been used ever since. 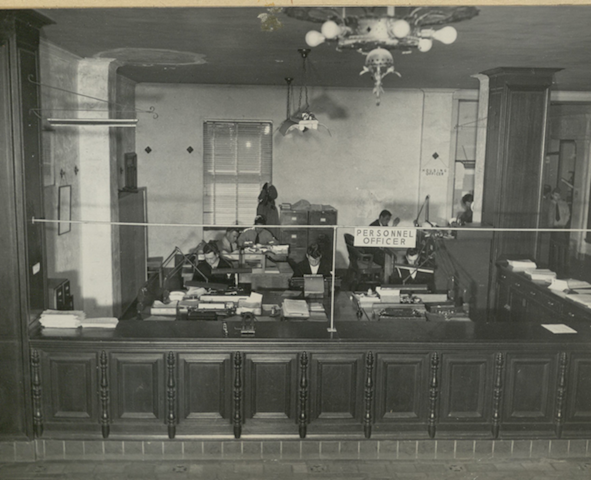 The Quarterdeck of the General Line School, a component of the Naval Postgraduate School, in 1948.

From the Quarterdeck (hotel lobby) looking toward the front entrance, 1967. 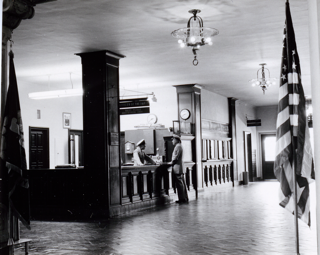 From the Quarterdeck (lobby) looking toward the Barbara McNitt Ballroom, 1967.