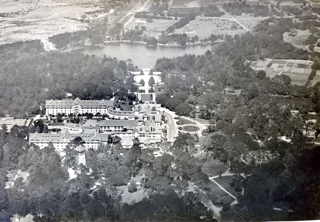 This 1923 aerial photo shows the expanse of the Victorian Del Monte. In the background is the terrace leading to the lower tennis courts and Laguna Del Rey, now called Lake Del Monte. 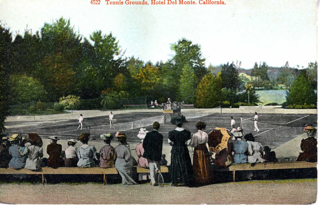 Tennis was a highly competitive sport at the resort, though early attire for women greatly reduced their speed and agility (see below). 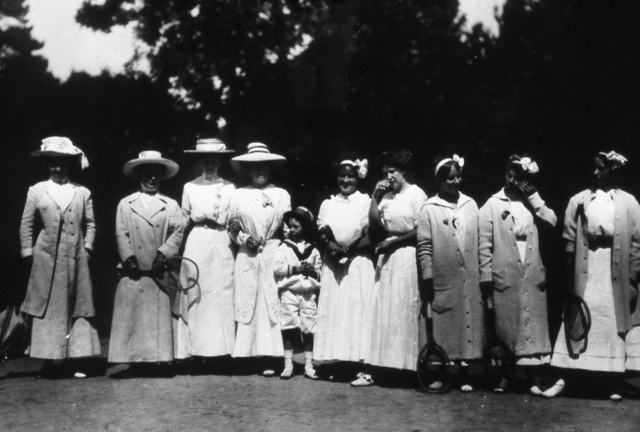 By the time the Navy arrived, tennis clothing had undergone major changes in style. 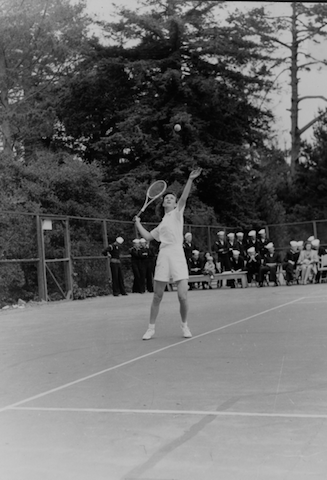