The aerial photo below shows Hotel Del Monte and the forest of native and exotic trees. 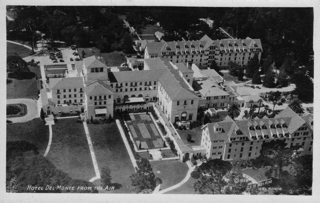 The Naval Postgraduate School moved to Monterey in phases from 1948-1952. This aerial shows construction of the academic quadrangle in 1953. 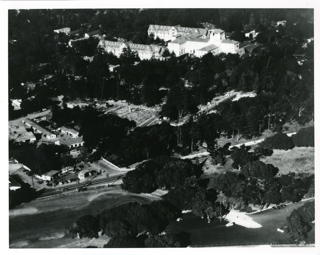 Hotel Del Monte was later renamed Herrmann Hall. The color postcard below was produced and sold in the 1970's. Note the mix of buildings surrounding the former hotel. 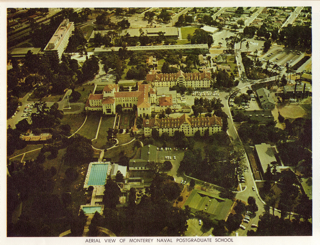 The Blue Angels performed an aerial flyover above NPS in 1980. 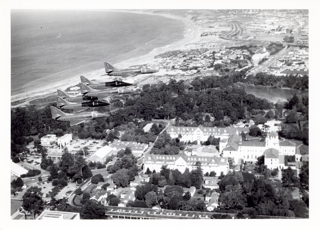 This 2001 aerial photo shows the close proximity of Monterey and the waterfront. 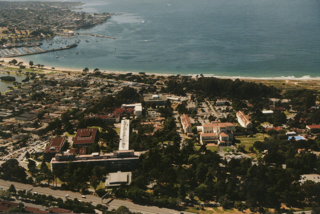 In 2009, NPS developed an outdoor history timeline along the Root Hall arcade (the long, linear building in the photo above).

This timeline, just a few minutes walk from Herrmann Hall, offers a wide array of historical images and information about the school and Hotel Del Monte. 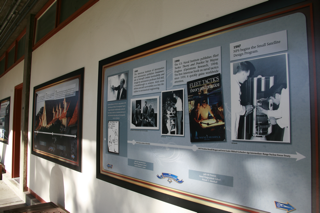 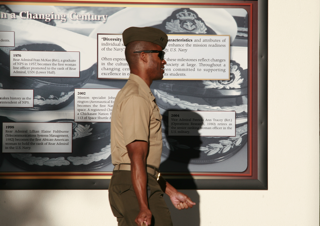 Read a short history of the Naval Postgraduate School.