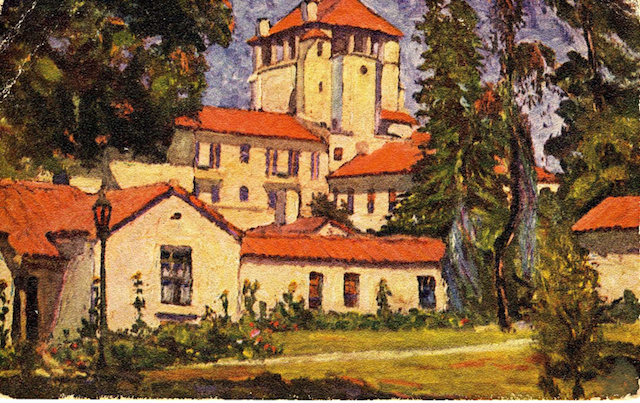 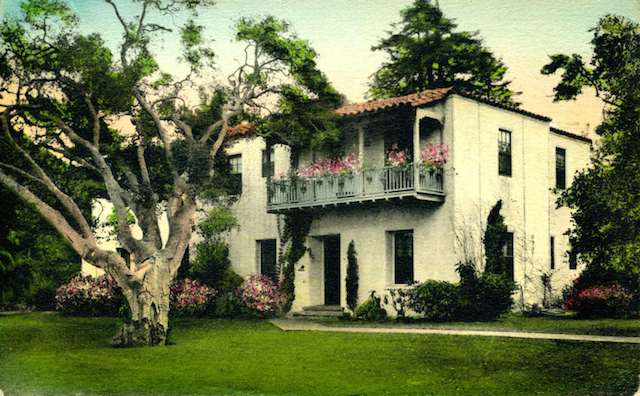 Hotel manager Carl Stanley and his family lived in Cottage #9. Today it is called the Stanley House in their honor. 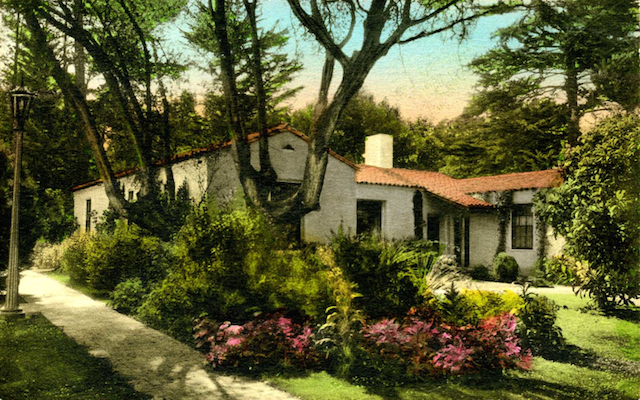 The cottages were surrounded by a forest mix of native oak and cypress trees along with exotics species from around the world. 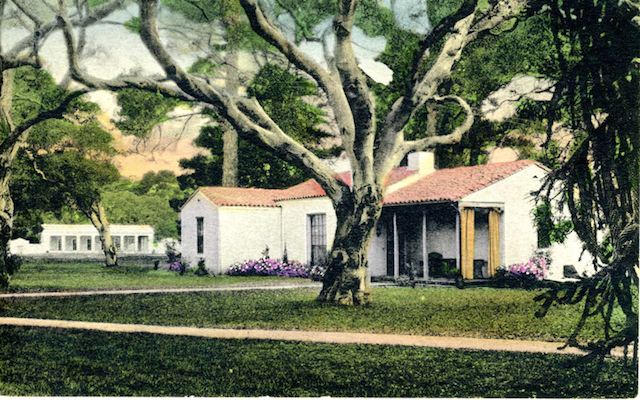 The stately Roman Plunge solarium is visible in the background in this 1920's colorized postcard of a cottage. 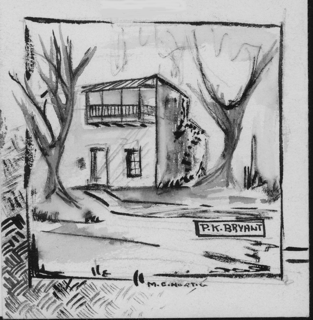 This charcoal sketch of Cottage No. 9 (the Stanley House) was drawn by an enlisted sailor in 1944.