The Roman Plunge and solarium were built in 1915. 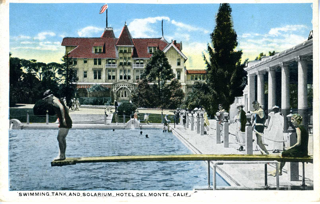 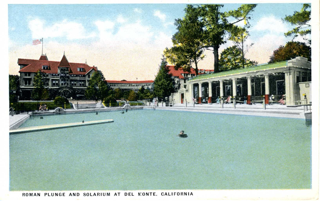 Ceremonies, classes and competitive events were all held at the plunge. 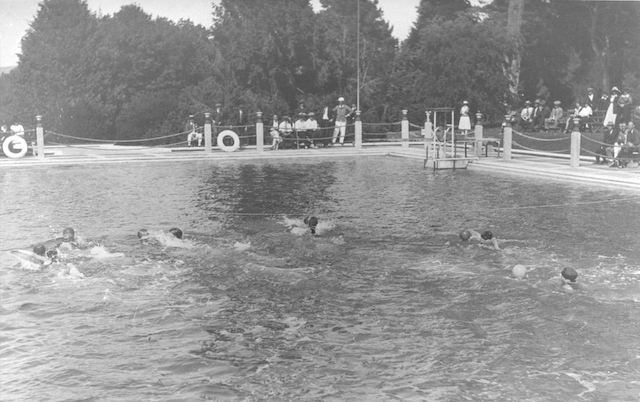 Crowds, some reported to have been in the thousands, watched these events from the lawn and solarium. 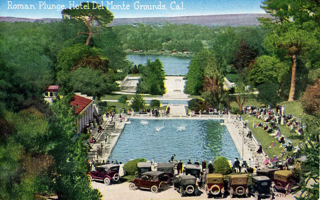 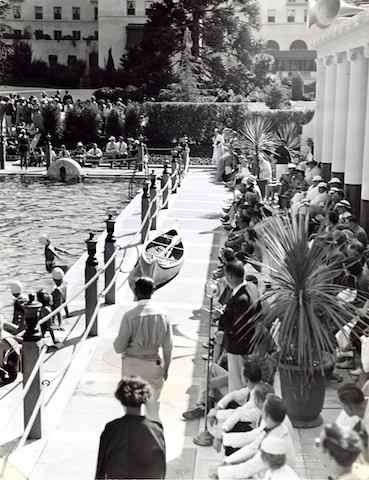 The Navy added a tower and cargo net and used the plunge for abandon ship and lifesaving drills. 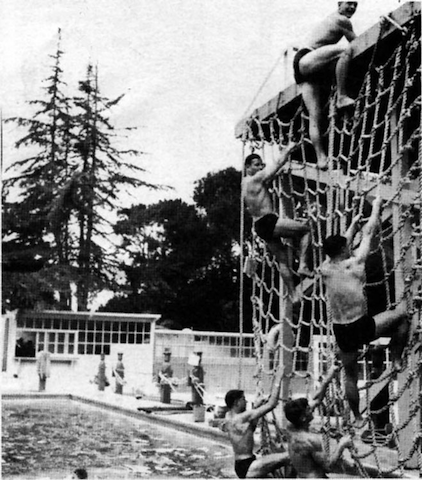 The pool was also used for basic instructions in swimming. 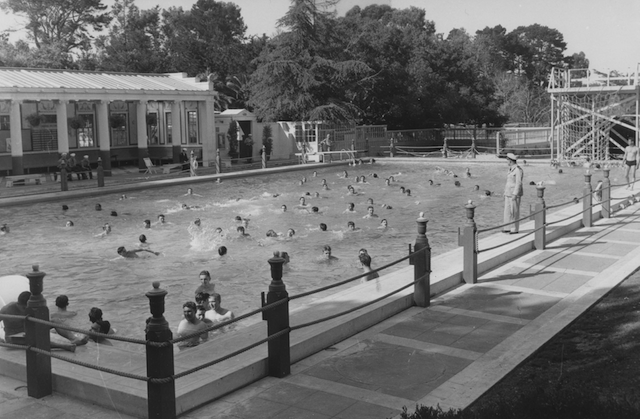 After falling into disrepair and being filled with sand, the Navy restored the water setting to the campus in 2012. 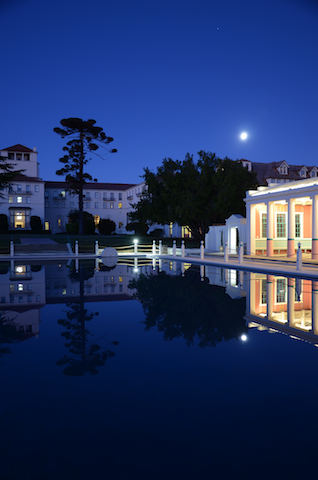